Have the Father’s heart 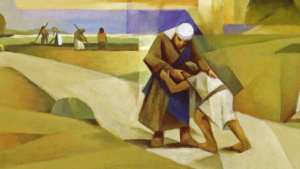 Jesus’ parable of the prodigal son is a well-known one. In it, the younger son who had wilfully left his family with his share of his father’s inheritance, proceeded to squander it all in extravagant living. When all his money was gone, he was rejected by his friends and faced the prospect of starving to death. He then decided to go home not as a son but as a slave. Instead, his father, who was pining daily for his return, restored him to his position as a son!

There are many things we can learn through this parable. For example, we learn that God is gracious and compassionate. We can find forgiveness and acceptance when we turn to him.

Yet I believe the greater lesson from this parable is to have the father’s heart!

You see, the elder brother, who had been faithfully serving his father, was indignant when he saw the celebration that his father threw for his brother. He was angry at the unfairness of treatment: he had not received even a goat to celebrate while his brother had a fattened calf thrown in his honour!

But listen to what the father had to say to him:
“My son, you are always with me, and everything I have is yours. But we had to celebrate and be glad, because this brother of yours was dead and is alive again; he was lost and is found.” (Luke 15:31-32)

In other words, the father is telling his son,
“Have my perspective, son. My younger son is also your younger brother. You should rejoice with me that he has repented and not begrudge him!”

As we enter in our Father’s presence today, do we also have his heart?

He is not willing that any should perish but that everyone should come to repentance (2 Peter 3:9).

Let’s reflect on these questions:

Have a blessed day🙏