God is our Defender 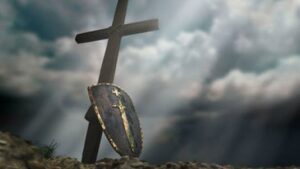 “You intended to harm me, but God intended it for good to accomplish what is now being done, the saving of many lives.” (Genesis 50:20)

What an incredible statement!

This confession was made by none other than Joseph in the bible. He was cruelly sold off as a slave by his own brothers, who had originally intended to kill him. In Egypt, he was also imprisoned and left there for dead even though he did nothing wrong.

By right, he should have ended up as the bitterest of man.

But Joseph continued to put his trust and hope in the Lord. And God used the troubles and afflictions he faced to not only elevate him to the highest echelons of authority in Egypt, but also to save the entire known world at that time from a deadly famine!

Which was why he uttered this remarkable statement to his brothers to assure them that he would not take revenge on them.

But this confession is not merely a nice platitude – it is an unwavering truth statement.

In our lives and around the world, while much evil is perpetrated by wicked human beings, God is still working out his good purposes in and through them all!

It is not that God intends for evil things to happen. He will never do that. James tells us that God cannot be tempted by evil, nor does he tempt anyone with evil (James 1:13). God has absolutely nothing to do with sin. We are the ones who sin when we succumb to our fleshly desires.

Yet God is so great that he is able to redeem the wrongs that we have committed, as well as bring good out of the evil that is done in the world! That is how powerful our God is!

So let us, like Joseph, continue to put our full trust and hope in God today and walk in the centre of his will!

God is the one who defends and delivers us… and he will do it!

Have a blessed day🙏